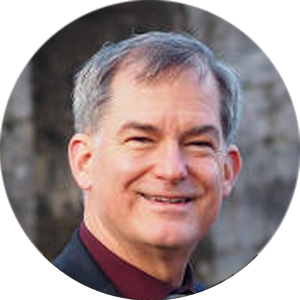 It has been a very busy and fruitful Summer here in Ireland! The weather has been better than it has been for years! So often we have to deal with rain, and cold, even in the Summer months, so this year has been wonderful!

On July 10th, I had the privilege of baptising four Believers! Two of my grandchildren, Conor and Chloe, as well as a teenager who got saved recently named Colin, and a man named Tom D. who got saved last year! I love my calling!

Victory Youth Camp! Then, in July, we had 86 young people and helpers gather for a week, to learn from the starters of all this world’s history… Adam and Eve! We challenged everyone to learn the lessons of history, especially Bible history, and to go out and make history themselves with the help of God’s word and His Holy Spirit! The children came from Baptist Churches all over Ireland and blended together, and grew together in zeal for godliness! We learned solid Biblical truths about ourselves, survival skills, how to work together as teams, how to have fun without drugs or alcohol, and how to walk with God, even though we are no longer living in the Garden of Eden!

Children’s Summer Bible Camp, August 8-12. We had over 60 local children come and experience a Wild Western Town we created called Outlaw City! The kids learned how important the Laws of God are, and what the consequences are for breaking them! Every day, the Sheriff and Deputy in the town caught two Law-Breakers (like Lying Larry, and Ivan the Idolator, etc) and explained how wrong it was to break God’s Ten Commandments! By the end of the week, we had Ten Outlaws behind bars, and that was when the Judge arrived and read off their crimes, and the consequences of those crimes… death! “The wages of sin is death” (Romans 6:23), “The soul that sinneth, it shall die” (Ezekiel 18:20), and “as it is appointed unto men once to die, but after this the judgment” (Hebrews 9:27). And then he passed judgment on all those law-breakers…, and stepped down from the bench, and took the place of every lawbreaker, and allowed the Sheriff to place HIM in the prison, in preparation to die in their place. The law-breakers were set free IF they would accept HIS death in their place! The children were mesmerised, and gasped as they understood just how unfair it was for criminals to be forgiven and the innocent be punished, but they saw the GOSPEL in all its glory, as we explained how GOD had done this when He became a Man, so that He who is immortal could die for us sinful lawbreakers, to give us the gift of eternal life! FIVE precious children talked with me afterwards and got saved! Praise God! And you had a part in it

Well, that is about it for now. Pray for one another and let's stay faithful!

Back to Blog Index