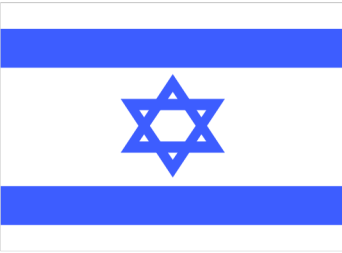 "For the LORD'S portion is his people; Jacob is the lot of his inheritance. He found him in a desert land, and in the waste howling wilderness; he led him about, he instructed him, he kept him as the apple of his eye." (Deuteronomy 32:9-10)

"He [God] hath remembered his covenant for ever, the word which he commanded to a thousand generations. Which covenant he made with Abraham, and his oath unto Isaac; And confirmed the same unto Jacob for a law, and to Israel for AN EVERLASTING COVENANT:
Saying, Unto thee will I give the land of Canaan, the lot of your inheritance: When they were but a few men in number; yea, very few, and strangers in it." (Psalm 105:8-12)

"Keep not thou silence, O God: hold not thy peace, and be not still, O God. For, lo, thine enemies make a tumult: and they that hate thee have lifted up the head. They have taken crafty counsel against thy people, and consulted against thy hidden ones.
They have said, Come, and LET US CUT THEM OFF FROM BEING A NATION; that the name of Israel may be no more in remembrance. For they have consulted together with one consent: they are confederate against thee:
The tabernacles of Edom, and the Ishmaelites; of Moab, and the Hagarenes; Gebal, and Ammon, and Amalek; the Philistines with the inhabitants of Tyre; Assur also is joined with them: they have holpen the children of Lot. Selah. ...
Let them be confounded and troubled for ever; yea, let them be put to shame, and perish: that men may know that thou, whose name alone is JEHOVAH, art the most high over all the earth." (Psalm 83:1-8, 17-18)